How a Levy Ceiling is Calculated 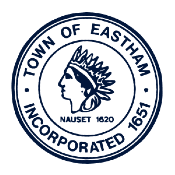 The levy ceiling is determined by calculating 2.5% of the total full and fair cash value of taxable real and personal property in the community.

Fair cash value has been defined by the Supreme Judicial Court as:

Fair market value, which is the price an owner willing but not under compulsion to sell ought to receive from one willing but not under compulsion to buy. It means the highest price that a normal purchaser not under peculiar compulsion will pay at the time, and cannot exceed the sum that the owner after reasonable effort could obtain for his property. A valuation limited to what the property is worth to the purchaser is not market value. The fair cash value is the value the property would have on January first of any taxable year in the hands of any owner, including the present owner (Boston Gas Co. v. Assessors of Boston, 334 Mass. 549-566-1956.

A levy is an amount a community can raise through property tax. The levy can be any amount up to the levy limit.

The levy limit can increase up to the levy ceiling. The levy ceiling is defined as the maximum the levy can be. The ceiling equals 2.5% of the community's full and fair cash value